Dancers who are in the the early stages of their educational journey most commonly ask, “what is the difference between Swing dancing and Lindy Hop?” And like many oral traditions, the answers are as much a mixture of factoids as they are mired in lore, often changing or being augmented by the storyteller. Responses will vary based on the storyteller’s age, as well as where and from whom they learned.  This can lead to a great level of frustration and confusion for a student who is looking for a simple answer as opposed to a 30-minute lesson about history, etymology and Jazz music. Below I will try to offer a simplified answer that Evita and I tell students when we are asked about these terms. I will also provide some brief insights as to where the words come from and the opinions of those who have contributed to the discussion over time.

“Jazz dance is anything that is danced to jazz music, so long as the movement corresponds in style.” – Jack Cole,

The simplest way I have understood the use of the term “Swing” as it relates to dancing is that it is an umbrella term that refers to many of the dances done to Jazz music during the swing era of our musical history in America.  Whew…what? Very basically, jazz as a musical style evolved in the early half of the twentieth century. Jazz reached its height in popularity between the 1920s and 1950s, and swing music refers to a type of Jazz music. During that period, dance styles and fads evolved to match the music, including, but not limited to: Charleston (both solo and partnered), Lindy Hop, Balboa, West Coast Swing, Collegiate Shag and Peabody. “Swing dancing” is essentially an umbrella term that refers to many of the dances being done to swing music. A similar example would be “Latin dance,” which refers to dances like Cha Cha, Bachata, Samba, Merengue and Salsa.

Therefore, Lindy Hop describes just one dance that existed during that period.  Its origin story goes something like this: a dancer named “Shorty George” Snowden and his partner, Mattie Purnell, won a 1928 dance marathon contest at The Manhattan Casino in New York City.  It was during this contest that they executed a break-away step, whereby Snowden sent his partner into the open position to improvise before bringing her back into closed position.  This was revolutionary, as people hadn’t seen this in ballroom/partnered dancing, and they subsequently won the contest.  When reporters asked him what dance he and his partner were doing, he replied with something like, “The Lindy” or “that’s just Lindy’s Hop.” Regardless of the actual quote, he was referencing Charles Lindbergh’s historic trans-Atlantic flight, where newspaper headlines read: “Lindbergh Hops Atlantic.”  It’s difficult to know if all the details are true, but it does make for a compelling story. It also illustrates that like many oral traditions where the details change depending on who’s telling the story, truth is elusive and resides with those who live longest.

What’s in A Name?


Today, some instructors differentiate Lindy Hop from other other styles by stating that is has an 8-count basic, whereas East Coast Swing (or Jitterbug) comprises 6-count patterns.  From my understanding, however, the dancers who created and cultivated Lindy Hop in Harlem ballrooms like The Savoy, The Alhambra, The Cotton Club and Small’s Paradise didn’t codify their dancing into patterns and counts.  It wasn’t until the Swing revival of the 1980’s that modern dancers spurred Al Minns, Norma Miller, George Llyod and Frankie Manning to break their steps down into discernible patterns. In the early 20th century, Arthur Murray and other dance studio owners who were looking to capitalize on the popularity of social dance laid the groundwork for this paradigm of learning through counts and patterns.  Murray was known for selling dance to the world by way of cut-outs of feet that one would place on the floor to indicate the steps to be taken. This approach certainly appealed to many people because it demystified something as nuanced as social jazz dance, where few rules exist with regard to the “right” way to execute the dance.

One thing I’ve learned in the last 17 years of doing this dance, is that everything must be taken with a grain of salt when someone talks about the way it was, how it was done and who did it. Ultimately, having a little bit of context for the most commonly used terms will help you understand what a teacher is talking about. I haven’t even mentioned vernacular jazz steps, line dances, animal dances and fad dances like Tack Annie, Shorty George, Black Bottom, the Shim Sham, Turkey Trot, Buzzard Lope, the Big Apple, the Madison and many more, because exploring how those dances fit into the bigger fabric of social dancing of this time period would fill several books worth of information alone.  I will provide some resources below, should you be interested in learning more about the history of Swing dance, music and culture. But for the moment, I hope it’s clear(er) to see that labels, often in their attempt to easily describe a thing, actually cause more problems than they solve.  If something clicked for you when you heard it described a certain way, please let us know in the comments section below.

Jazz Dance: The Story of American Vernacular Dance by Marshal and Jean Stearns 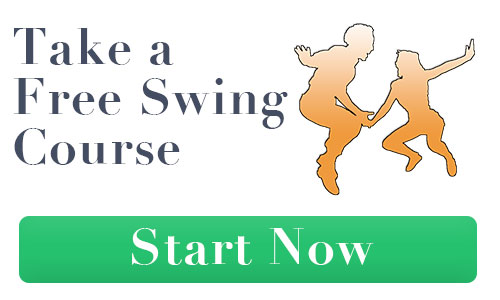